After the Battle of Quintary, the Holy Empire, which until recently seemed indestructible, disintegrated. While Lengorn, who took the throne Kvintara after King Valimar disappeared, and the only heir to the throne Prince Dalmir was found dead, tries to restore the crumbling before the eyes of the state, the Dark Lord God Dentor ready to strike the final blow of the empire of people. The plans of the ex-supreme magician of the Xanthantarus Empire who left the capital are not entirely clear. Undoubtedly, this is one of the greatest people in history, but will he have enough strength to stop the most powerful of the Gods? At the same time entered into the North Prison revolted and under the leadership of former guild master Kvestisa paladins, who took a new name - Assetar tend either to restore the trade union, or simply more loot. In the battle for survival, two alliances were created: Order and Chaos.

Lenhorn's fragile alliance, the King of the Holy Empire and the insurgents from Rheos were united to stop the evil invasion. 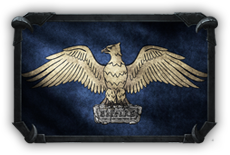 Human world is in great danger. Ancient evil from the past, has awakened after thousands of years and claims to destroy us. Some people talk about the return of Lord Denthor - the creator of all evil. But don't believe them. Denhtor, shall he be damned, is trapped forever in a place without any chance to escape! All rumors about his return are lies, spread by the traitor Xamantarius and his followers .Everyone who will keep spreading rumors - will be arrested immediately. Besides, Xamantarius is the one who became a servant of the Dark Lord and raised his armies against humans! The whole defence of the capital was a lie, just a failed attempt of Ksamantarius to capture the throne. Fortunately the Council had stopped him. Lord Valliar is with us. Light and Righteousness will give us strength. We have honor. The Holy Empire was the mightiest for thousands of years and it will remain so, for glory of the Great Pantheon and the human kind. A fallen mage or bandits from Rheos are no threat for us.

Lenhorn, the king of the Empire 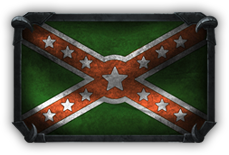 Most people say that we're bandits, robbers and murderers. But it's not true! We're just a group of free people. Long time ago I was a paladin and what was my reward from our beloved king? He sent me to jail, to Rheos. I was accused in a crime I've never commited. This is how our king treats his people. People which make sacrifices and give away their lives for him! Empire was built on blood and bones. First those kings have slayed the elves, then they declared a war to the Trade Union. They would do anything to maintain their power and conquer even more. But suddenly when the whole world was almost in their hands, something happened, we call it the retribution. This is our chance. While the Empire is fighting with orcs and deamons we're going to revolt and reestablish the Trade Union. We don't want these wars and are willing to negotiate with anyone to maintain peace, even with orcs. We stand for freedom and justice!

Armies of Lord Denthor, the Dark God and followers of Xamantarius, former archmage of the Empire.

I was imprisoned for an eternity. Such a long time these vile so-called Gods were doing whatever they wanted to. They abused their powers and supressed all other beings, making them unable to do what they're truly capable of. But now this will come to an end. I'm back and I will change this world the way it should be from the beginning. Their pathethic worshippers, the humans, and their pathetic state will be destroyed. I will easily open a portal to their Den, a place they call Pantheon of Light. Once we have united our forces, I will destroy the Great Testimony and challenge Valliar and his scounderls for the the last time. After I've defeated him, all creatures will see the real free world, a world without these enslaving Gods. 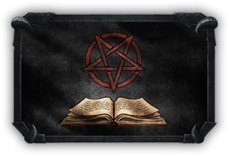 So, the one who we used to call The Creator of all Evil has returned. A new war has began, war of this kind hasn't been seen since the great War of the Gods. The Holy Empire shall fall, it's just a matter of time. Elves have disappeared in the shadows and humans are the only enemies Denthor has to face, besides the Gods of Pantheon themselves of course. But he won't get to them any soon, in fact, he might not succeed at all. But we shouldn't underestimate Denthor. Not many people know this, but once he was the chief of Pantheon. He's the main creator of the Testimony and he's the only one who's able to resist the power of Testimony and change this world a little. He's regaining his strength and his armies. Nobody can stop the midland invasion, even us. I could easily remove Lengorn from the throne, but I'm not able to defend the Empire. This is the main reason why we're here. We're safe here. There are many magical powers in this world. Most of them are linked with the Gods, but some of them aren't. Those powers are even more ancient then this world, maybe even more ancient then Pantheon itself. One of these powers is called necromancy – magic of the dead. We should learn these powers. Maybe they will help us, humans, to take back our world and discover our true identity.

Xamantarius, The Necromancer, Leader of The Shadows.

Traitors and outcasts. They can attack anyone and even each other. They do not participate in the war and can't attack defence crystals, gain ranks and capture guard posts. Trinsic is their capital.

The materials of the site are copyrighted and belong to the creators of the UORPG project. Some images and content are copyright Ultima Online @ 2018 Electronic Arts Inc.

Enter your login used on the server